On Tuesday 3rd of May 2016 the Federal Treasurer Scott Morrison delivered his first budget titled “Jobs & Growth”. Who were the big winners on Budget night and what do the changes actually mean to you?

The government will introduce a $500,000 lifetime non-concessional contributions cap. If an individual has exceeded the cap prior to commencement date (being 7.30 pm (AEST) on 3 May 2016 i.e., Budget night), they will be taken to have used up their lifetime cap but will not be required to take the excess out of the superannuation system.

From 1 July 2017, the government will introduce a $1.6 million ‘superannuation transfer balance cap’ on the total amount of accumulated superannuation an individual can transfer into pension phase. Subsequent earnings on this pension balance will not be restricted.

It is proposed that, if the $1.6 million cap is exceeded, the excess amount plus earnings on the excess will be subject to a tax. It is not currently clear as to whether individuals will have the option to withdraw the excess to avoid this penalty tax (i.e., similar to the tax treatment currently afforded excess non-concessional contributions).

Changes to the contribution rules for those aged 65 to 74

From 1 July 2017, the government will remove the current restrictions on people aged 65 to 74 from making superannuation contributions for their retirement. Specifically, the government will remove the requirement that an individual aged 65 to 74 must meet the ‘work test’ before making voluntary or non-concessional contributions to superannuation.

From 1 July 2017, the government will change the law to allow all individuals under age 75 to claim an income tax deduction for personal superannuation contributions. Individuals who are, for example, partially self-employed and partially wage and salary earners, and individuals whose employers do not offer salary sacrifice arrangements will benefit from the proposed changes.

This will effectively avoid the situation in which low income earners would pay more tax on savings placed into superannuation than on income earned outside of superannuation. The LISTO will replace the Low Income Superannuation Contribution when it ends on 30 June 2017. 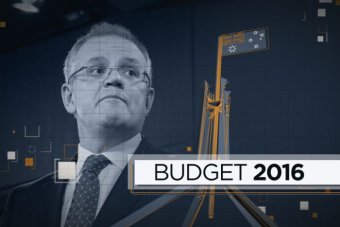 Treasurer Morrison says his budget is an economic plan, sticking to the job of creating jobs and economic growth.

Additional funding is proposed to be provided to the Superannuation complaints Tribunal to improve processes and reduce a backlog of complaints. This measure is proposed to be funded by an increase in the Financial Institutions Supervisory Levy. #KATRINA

A new taskforce of more than 1,000 specialist staff at the Australian Tax Office is being formed to prosecute companies, multinationals and high wealth individuals not paying the tax they should.

The government will provide a full income tax exemption for Australian Defence Force personnel deployed on Operation PALATE II in Afghanistan. This income tax exemption has effect from 1 January 2016, and will remain in effect until 31 December 2016.
The government will also update the coordinates for Operation MANITOU in international waters, with effect from 14 May 2015, and Operation OKRA in the Middle East, with effect from 9 September 2015, to reflect the actual areas covered by the operations.

Changes effective for the 2015/16 income year

There are 2 incentives for employing young people from 2017. Employing an Intern (for 4-12 weeks) will result in an upfront payment of $1,000 and employing an individual in an ongoing job will result in a subsidy of between $6,500 and $10,000 depending performance. This amount will be paid over 6 months. A young job seeker will need to have been unemployed for at least 6 months to be eligible for the payments.

From 1 July 2016, the government will increase the current 5% tax discount (referred to as the SBITO) to 8%. The discount is currently available to an individual in receipt of income from an unincorporated small business entity (‘SBE’) (i.e., basically, an entity with an aggregated turnover of less than $5 million), and applies to the income tax payable on the business income received from such an entity.

The discount will remain constant at 8% for eight years, and will then increase to:
• 10% in 2024/25;
• 13% in 2025/26; and
• 16% from 2026/27.
The current tax discount (or SBITO) cap of $1,000 per individual for each income year will be retained. Furthermore, access to the discount will be extended to individual taxpayers with business income from an unincorporated business that has an aggregated annual turnover of less than $5 million.

From 1 July 2016, the government will increase the SBE turnover threshold from $2 million to $10 million. The current $2 million turnover threshold will be retained for access to the small business capital gains tax (‘CGT’) concessions, and access to the SBITO (i.e., the increased 8% tax discount) will be limited to entities with turnover less than $5 million (as noted above).

Under this 10 year plan about 870,000 businesses that employ 3.4 million Australians will be eligible for the tax cut.

Targeted amendments to Division 7A

From 1 July 2018, the government will make targeted amendments to improve the operation and administration of Division 7A of the ITAA 1936, as a result of a number of recommendations from the Board of Taxation’s Post-implementation Review into Division 7A.
These changes will provide clearer rules for taxpayers and assist in easing their compliance burden while maintaining the overall integrity and policy intent of Division 7A. The amendments will include:
• a self-correction mechanism for inadvertent breaches of Division 7A;
• appropriate safe-harbour rules to provide certainty;
• simplified Division 7A loan arrangements; and
• a number of technical adjustments to improve the operation of Division 7A and provide increased certainty for taxpayers.

What to do now?

The above is a summary of some of the key features in relation to tax & superannuation delivered in Tuesday night’s Federal Budget and is a general overview of how these announcements may affect you.

We recommend that you contact us to discuss your personalised tax planning strategies so you can take action before 30 June so you minimise the tax you need to pay.

We are taking bookings and are already filling up so get in quick.